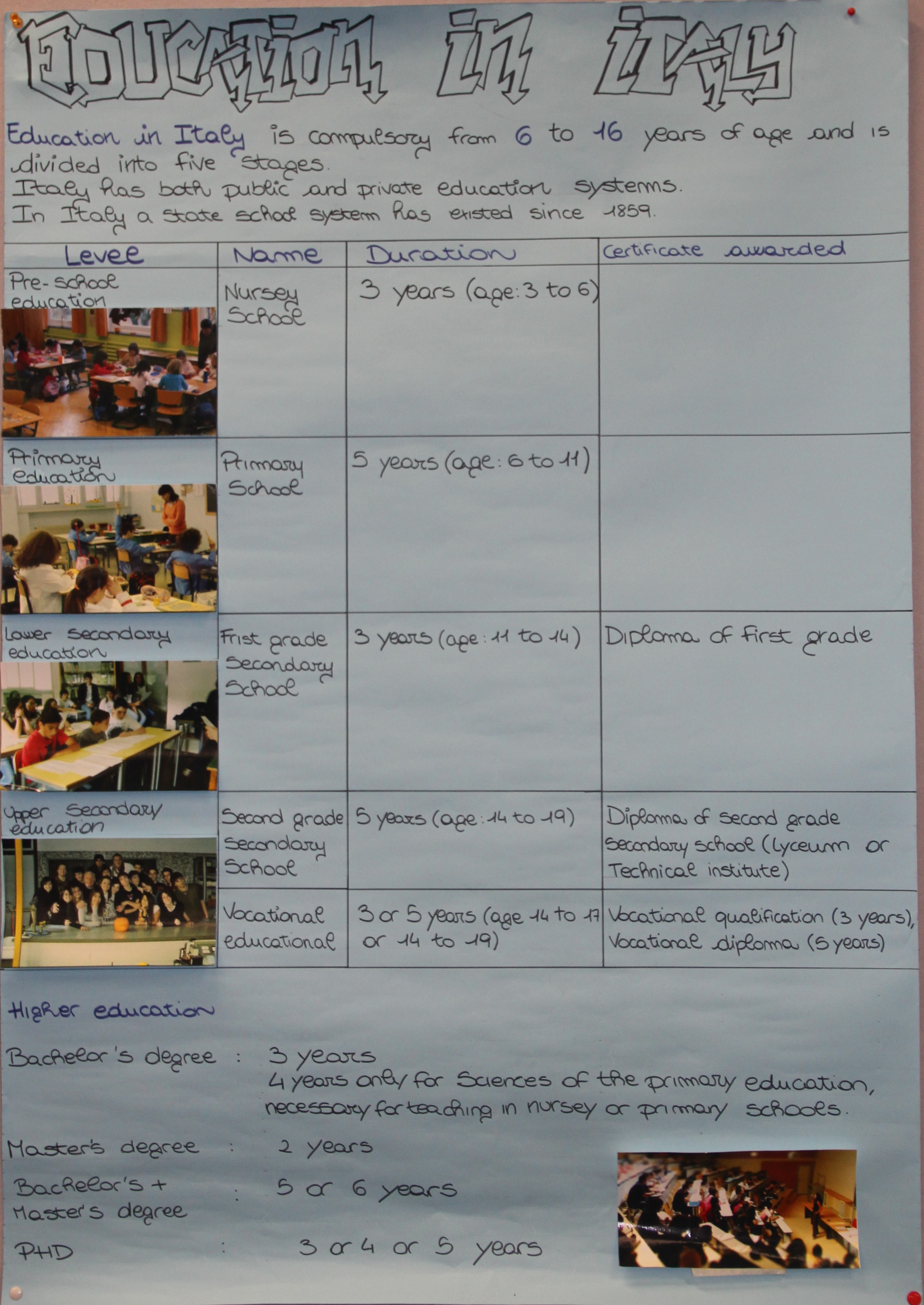 The Albert Einstein Highschool was founded in 1967 in Turin as a branch of the "Galileo Ferraris" Highschool, but four years later it changed its name in the one we know today.

After five years of elementary and three years of middle school, the students have to decide between three differents types of school: a practical, a theoretical (without any practice) and a mixed one, where you are able to do both.

At a practical school, you get prepared for the worklife in jobs like the gastronomy area.

The students from the mixed school study economy and management.

At the theoretical school you can study languages, scientific subjects and psychology.